Every year, more than 100,000 children are sold for sex in the United States. Over 60 percent of trafficked children are under the age of 16, with the average age a child enters into sexual slavery being only 13 years old. They are repeatedly raped and beaten, advertised on theinternet, and are twice as likely to suffer from PTSD as soldiers in a war zone. Yet, through education we will end exploitation.
To help keep our children safe, sign and share this petition demanding that Congress mandate sex trafficking prevention lessons in our nation's schools. Exploitation begins with our children. Click here and sign the petition.
Posted by Sandy Hill at 2:11 PM

We are often asked,"Are boys at risk for trafficking?" 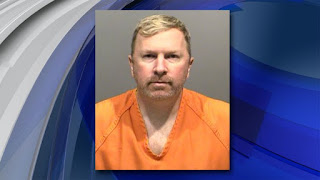 AURORA, Colo. (CBS Channel 4, Denver, 9/22/15) – An Aurora man who is allegedly HIV positive is accused in a child sex trafficking case.
Police say Sean Travis Crumpler, 48, let a dozen boys and men live with him in exchange for sex and food. They ranged in age from 16 to 21 years old.
Two of the men who lived in the home told investigators Crumpler is HIV positive.
According to the arrest affidavit, the FBI received an email the National Center for Missing and Exploited Children (NCMEC) stating that the NCMEC had received “information that (name redacted) who had previously been reported as a missing child was posting videos of himself on Instagram that depicted that child using drugs, and engaging in pornography.”
Crumpler is a registered sex offender. He faces numerous charges of sexual assault and sex trafficking.