‘PORT ORCHARD — A Pierce County man accused of pimping and raping underage girls has pleaded guilty in Kitsap Superior Court. The Kitsap Sun reported that Ricky Lee Grundy Jr. entered his pleas Monday to human trafficking, promoting sexual abuse of a minor and three counts of child rape. The victims were 14 and 15 years old. Sentencing was set for Sept. 25. Prosecutors say it’s the most serious human trafficking case they’ve handled. Grundy kept rooms at hotels in Tacoma and Bremerton. Court documents say the girls were assaulted if they disobeyed Grundy. Prosecutors say the girls were runaways, and Grundy, a meth dealer, would provide them with the drug.’ (Associated Press, August 25, 2015) For full article click Kitsap Sun.
Posted by Sandy Hill at 7:06 PM 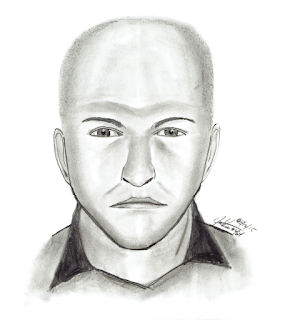 PORT ORCHARD — Police are looking for a man who tried to lure a young girl into his car first by offering candy, then by threatening her with a knife. A young girl was walking with her dog when she was approached by an unknown man, Port Orchard police said. The man tried to lure her into a car by offering her candy and clothing, police said, before showing her a knife and brandishing it toward her. The girl’s dog growled at the man, and she and the dog ran off. The girl’s age was not immediately released. She was not hurt in the incident.The suspect is described as a 6′ tall white man, with a thin but muscular build. He shaved his head, and wore a single earring. A scratch was visible on the left side of his neck and he was wearing a shiny black jacket, police said. The suspect was driving an older model blue Toyota. Anyone with knowledge of this incident is encouraged to call the Port Orchard Police Department at 360-876-1700. (q13Fox.com August 2015)
Posted by Sandy Hill at 12:27 PM