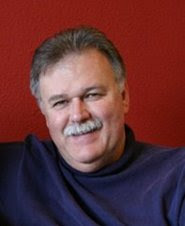 As President, Gene Hill uses his management experience in large companies and start-ups to direct the organization and finances. With his background in designing computer chips, Gene presents in-depth about the dangers of the Internet and how to keep children safe. With teens, he uses age-appropriate videos, runs focus groups, and offers ways teens can make a difference. Gene presented Dangerous Apps Now and In the Future: Now Let's Fix It at Shared Hope's International Just Conference in November 2019. And in August 2021 Shared Hope featured Gene in their back-to-school program sharing How to Keep Children Safe on the Internet.
Bio: Gene Hill attained an Electrical Engineering Degree from Oregon State University and they recently featured him in their alumni magazine. His favorite tech job was at Intel, where his products became Intel’s mainstays for decades. PC Magazine named Gene and his team Person-of-the-Year for Intel’s first 32-bit personal computer chip along with the Unsung Hero Award for a previous project. Today he writes tech mysteries where to date, the artificial intelligence characters help the good guys win. 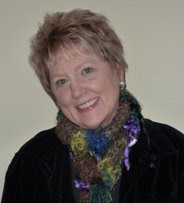 Sandy Hill, an award-winning children's author, donates profits from her writings to end child sex trafficking. As an experienced speaker, she brings awareness to the problem of trafficking our children into the sex trade and provides solutions on how to protect them. Sandy presents to both adults and students. She offers in-depth training for counselors.

Bio: Sandy Hill earned a Teaching Credential in Computer Science and Related Technologies. Her favorite tech job was a data analyst and mission controller on NASA’s Pioneer 10 and 11 space probes to Jupiter. But she has worn many different hats, but some of her favorites are wife to Gene, Mom, and Grammy. In retirement, she fulfilled a lifelong dream and became a children’s author. She has written ten children’s picture books for her favorite audience, children.

Together Gene and Sandy are involved with the North Kitsap Anti-Drug Coalitions because the crimes of selling drugs and sex trafficking are often related. They are Ambassadors for Shared Hope International, another organization against sex trafficking.