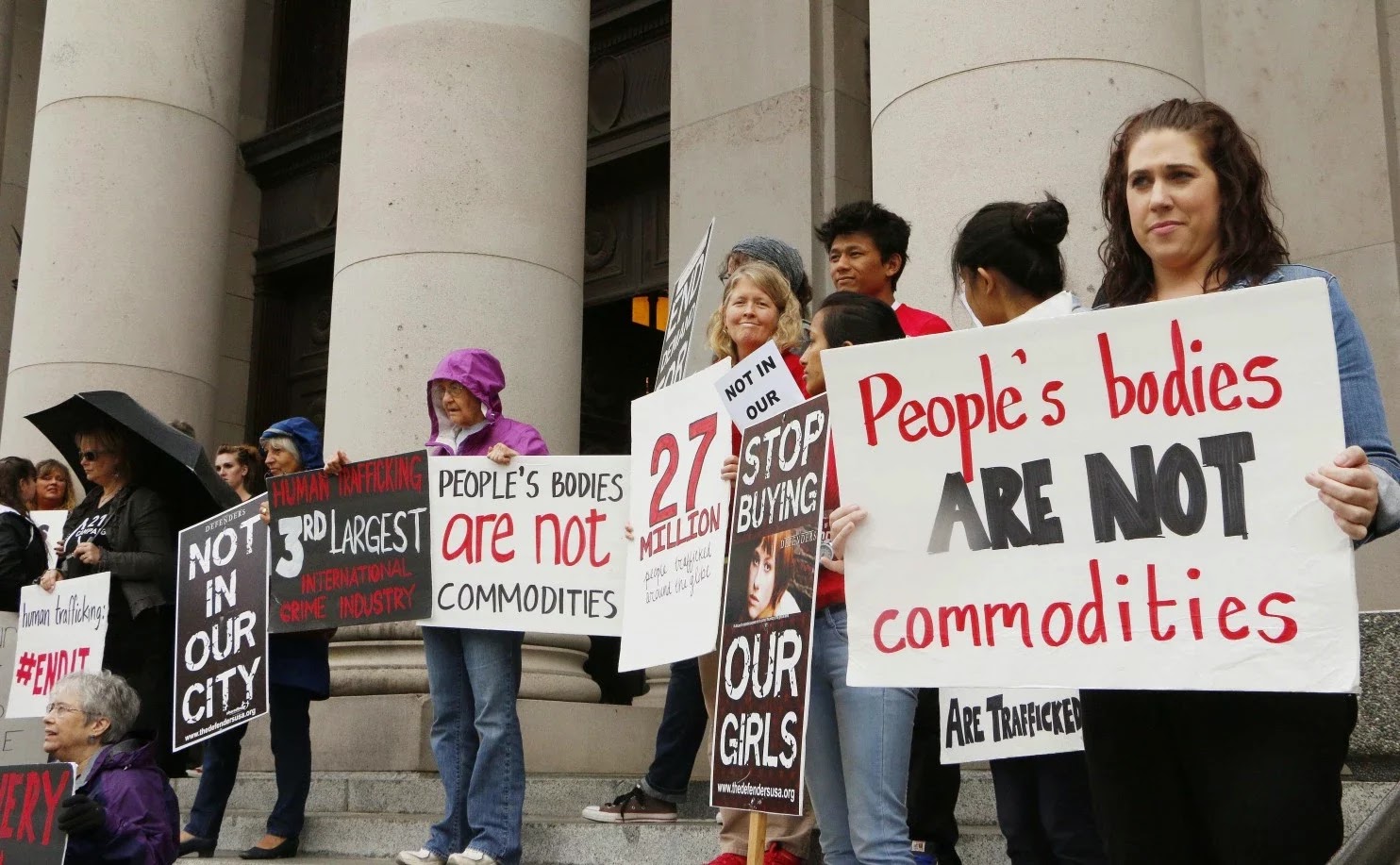 Gene (not shown) demonstrated against Backpage.com and attended oral arguments as Backpage's lawyer asked the civil suit against them by three victims be thrown out. The essence of the arguments were:

'A lawyer for Backpage.com told Washington’s Supreme Court that a lawsuit filed by three sex trafficking victims should be thrown out because the website has immunity under a federal communications law. Jim Grant told the justices Tuesday that Backpage did not create the ads that allegedly caused harm so they can’t be held liable.


But the lawyer for the victims said that was not true. Erik Bauer said Backpage gives instructions to pimps on how to post an ad that works and that makes them an “information content provider.” Since they participate in the creation of the ads, they lose their immunity.' (Washington Post, Oct 20, 2014)
Posted by Sandy Hill at 8:33 PM